Rappers have significantly impacted the music scene since the rise of the legendary hip-hop group N.W.A. Many have tried to go up and be part of the hip-hop community, and some became successful, while others were not successful. However, people may know one famous rapper, which is none other than Lil Boosie.

You should know that Lil Boosie, also known as Boosie Badazz or Boosie, is an American rapper, songwriter, actor, singer, executive, and record producer in Louisiana. He started his rapping career back in the 1990s, where he joined a hip-hop group called Concentration Camp. In 2000, he started his career of being a solo artist, where he released his debut album titled “Youngest of da Camp.”

Torrence Hatch was born and raised in Southside Baton Rouge, Louisiana, on November 14, 1982. He had a father who was a drug addict until his untimely death in 1997 and a mother who was a teacher that had seven other children. It was also when his parents gave him the nickname “Boosie,” which then changed to “Lil Boosie.”

He was a proficient basketball player, which his mother completely supported to use his basketball skills in getting to a good college. But then he had other plans for his life and started taking an interest in rap, which would be the beginning of his career of being a rapper. 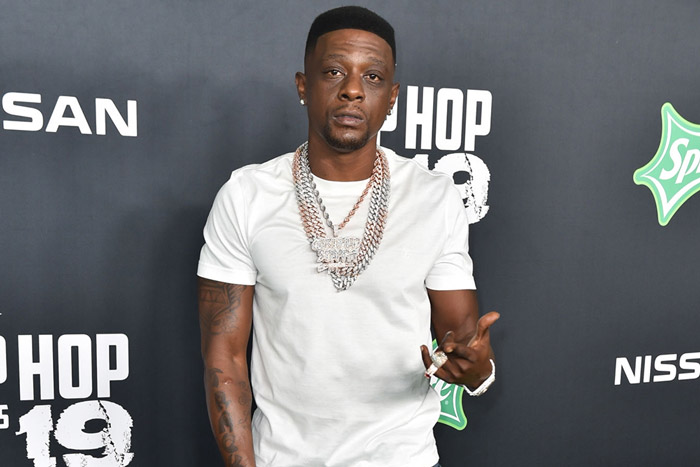 Lil Boosie standing and posing for the photographers during the BET Hip-Hop Awards.

He began gaining traction in the rap industry when Young Bleed, his cousin, introduced him to C-Loc, a famous rapper at the time. After he had finished being under and mentored by C-Loc, he joined the “Concentration Camp” hip-hop group in 1996, where he was still a minor at the age of 14. He was the youngest out of all the other members of the group.

The group had eight members in total, including C-Loc and Young Bleed. While Boosie was in the group, he debuted C-Loc’s 5th album titled “It’s a Gamble” in 2000. He was also a contributor to the group’s third studio album, “Camp III: Thug Brothas,” within the same year. In 2009, he managed to release another major album titled “Superbad: The Return of Boosie Bad Azz.” And while he was in prison for drug possession in 2010, he released “Unbreakable,” a compilation CD with C-Loc.

Fast forward to July 2017, Boosie tried to get involved in the acting industry, where he managed to get a role in “Glass Jaw,” an indie boxing film. In the movie, he played the role of an underground fight club operator. But before Glass Jaw, he already had minor acting experience in several early films, including “Last Dayz and Ghetto Stories: The Movie” and “Gangsta Musik,” where he played the role of a small-time drug dealer.