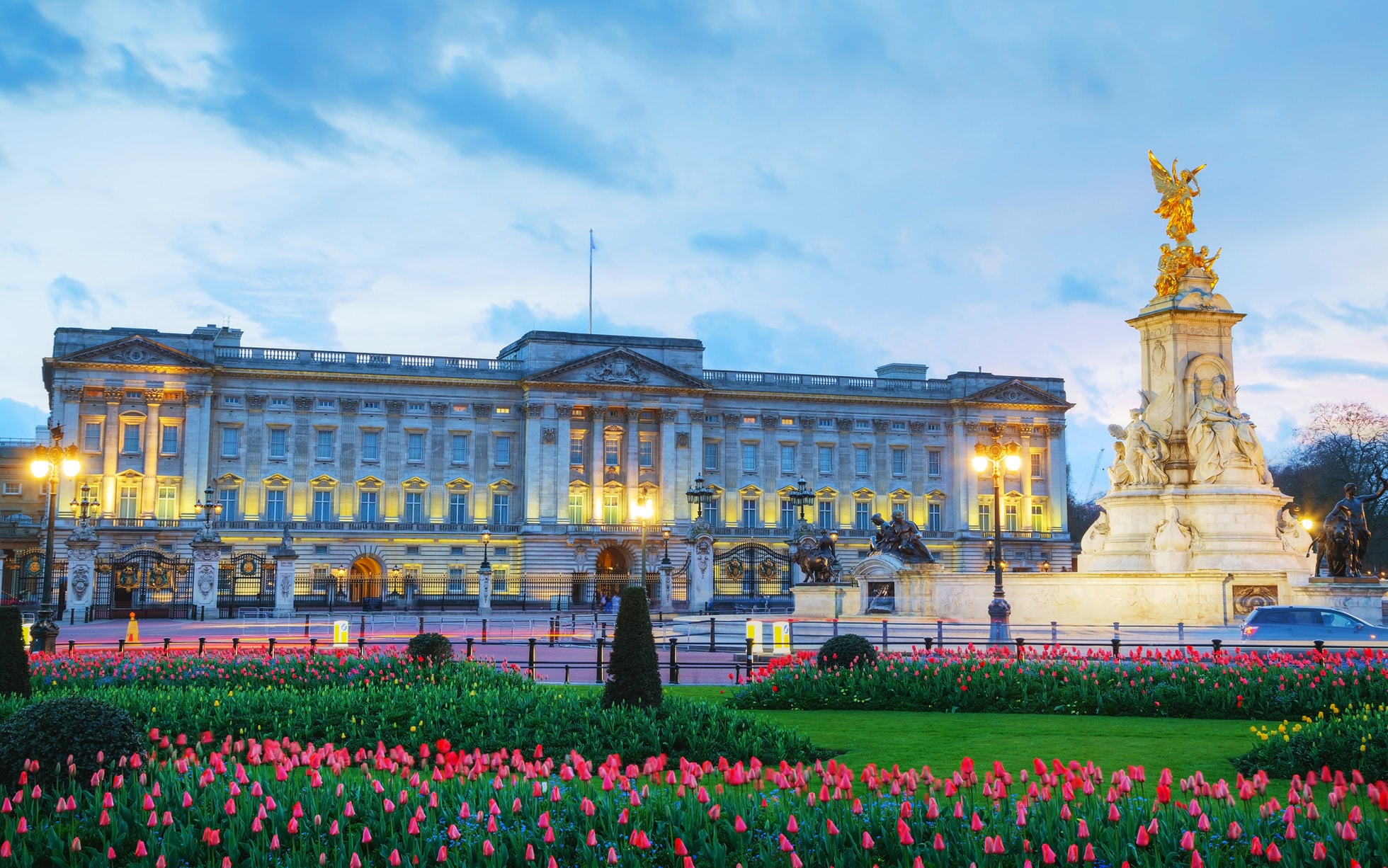 Whether you are checking out properties to buy in the real estate market, or you are only a curious person, you might be wondering what the most extravagantly priced house in the world is.

In this list, you will find out the staggering price list of the world’s costliest properties. If you own at least $128 million in your bank account, you might be able to get your hands on one of these prime houses.

You will find houses of all kinds, including penthouses in the chic areas in Monaco, to grand palaces in the United Kingdom.

Here are the top 10 fanciest houses that you will ever find all over the world.

The houses and prices listed in this article were gathered from different sources all over the world, including Veranda, Architectural Digest, and Arch20.

The first property on the list belongs to a massive house situated on the prestigious Billionaires Row, considered as one of the most high-end areas in London called the Kensington Gardens.

The 55,000 square-foot property currently belongs to Indian billionaire Lakshmi Mittal, the chairman and chief executive of ArcelorMittal, the biggest steel manufacturer in the world.

It used to be two semi-detached abodes but was later on combined to become a single house after Sir Nasser David Khalili’s property company Favermead Ltd. acquired it to preserve the buildings.

The majestic palace has a total of 12 bedrooms, a massive indoor pool, and several Turkish baths. It also has a parking space that can accommodate at least 20 cars. Security is also not an issue in the neighbourhood, especially since they live near the home of Prince William and his wife, Kate Middleton.

Before Mittal and his family moved into the property, it was owned by some of the wealthiest personalities in the country, including the Rothchilds and Bernie Ecclestone.

One of the houses in the list of fanciest homes can be seen in the posh city of Beverly Hills in California.

The ninth entry in the list is a 53,000 square-feet Mediterranean-style villa owned by real estate expert Jeff Green. It has 12 large bedrooms, 23 dedicated bathrooms, several swimming pools, waterfalls, tennis courts, and several theatre rooms. It also has a palatial garage that can accommodate 27 vehicles.

This impressive house is also made for partying. It has a massive ballroom and a revolving dance floor.

If you are the sixth richest man in the world, it is no longer surprising to see the name of your property in the list of the priciest real estate around the world.

The compound contains ten different properties, a bathhouse, a tea house, a Koi pond, and a massive man-made lake. The design of the entire property is influenced by Japanese architecture, made by Zen Buddhist teacher and architect Paul Driscoll.

Aside from the grand house, Ellison’s property is also filled with plenty of expensive trees like maples, redwoods, oaks, and cherry blossoms.

New York City also has an entry in the list of the most expensive properties in the world.

Ira Rennert, the CEO and chairman of Renco Group, had a house built in front of the beach of Sagaponack, New York. At 63 acres, it is considered as one of the biggest compounds in the country.

It has 29 bedrooms, a whopping 91ft dining area, 39 bathrooms, a basketball court, a bowling alley, tennis and squash courts, and three different types of swimming pools.

To provide electricity to the mansion, the property needs a massive amount of electricity. Good thing it has its own power plant within the premises. But if you managed to buy a property on this site, you will not ever worry about paying for your electric bills.

Aside from having more than enough rooms for the cars, this house in the Fairfield Pond can keep approximately 100 cars.

Monaco, often referred to as the “Billionaire’s Playground,” is one of the most favorite travel destinations of the richest people from different parts of the globe. But one of these wealthy individuals made this paradise a permanent hideout.

The exclusive penthouse at the Odeon Tower is considered one of the fanciest luxury homes that anyone can find. This 35,000 square-foot residential establishment covers the five floors of the tower.

It has five main bedrooms and a personal elevator. This property also provides a priceless view of the breathtaking Larvotto Beach. You would surely enjoy living in this house while taking a dip on the pristine circular rooftop infinity pool by the balcony.

Translated as the “Bubble Palace,” this one-of-a-kind residence was designed by notable architect Antii Lovag from Hungary sometime between 1975 to 1989.

It got its name from the circular rooms that face the majestic Mediterranean Sea.

According to the report, Lovag was inspired by the earliest known dwellings of men when designing the property. He only updated to rooms to provide the best comfort.

The villa in Saint-Jean-Cap-Ferrat in France earned the fourth highest spot on the list.

Reports revealed that this grand palace was initially built in 1830 and bought by Belgian King Leopold II in 1904.

With almost a billion-dollar price tag, the villa contains 35 acres of garden area. The main house comprises 18,000 square-feet and divided into 14 differently-sized bedrooms. It also comes with a large swimming pool and a big stable that can keep 30 horses.

Aside from the structures, this property also contains plenty of valuable artworks and a handsome wood-paneled library that contains approximately 3,000 books.

The third fanciest house that you will find is owned by Lily Safra, the widow of wealthy Lebanese-Brazilian banker Edmund Safra.

Situated on the French Alps-Maritime area of Cote d’Azur, the property spans 50 acres all over.

It included 11 large bedrooms, a total of 14 bathrooms, a massive commercial greenhouse, a charming outdoor kitchen, a helipad, and one of the world’s best swimming pools.

It also belonged to King Leopold II in the past. It was refurbished by a US-based architect Ogden Codman Jr. during the 1920s.

Who would have thought that the second fanciest house can be found in Mumbai, India?

The property, commissioned by Reliance Industries Limited chairman Mukesh Ambani, was constructed and designed by the Perkins & Will architectural firm based in Chicago.

The richest man in India owns a 400,000 square-foot abode sitting on top of the Cumballa Hill in Mumbai. Aside from its massive size, it also has a towering height that spans 27 stories high.

This unique property has six floors dedicated entirely to house all of the family’s vehicles. It also has a service station to maintain all these cars. The home also has a personal temple, 50-seater theatre, and a total of nine elevators.

Other interesting features of the house include three helipads, a health spa, a salon, a yoga studio, a massive ballroom, and its own ice cream room.

The list of the most extravagant houses that you will find will never be complete without mentioning the famous Buckingham Palace.

Owned by the British Royal family since 1873, it is one of the top tourist spots in the UK.

Situated in Westminster, London, this literal home for the royalty has a total of 775 rooms, 92 offices, 78 bathrooms, and 19 staterooms. While there is no indication that the royalty will sell this anytime in the future, you may have to pay a staggering $2.9 billion if you intend to buy it.

If you have all the money in the world, it would be easy for you to buy at least one of these properties on the list. But until then, you can often browse through this list to check if these prices will stay or if it will appraise soon.

Advertisement. Scroll to continue reading.
In this article:Buckingham Palace, most extravagant houses 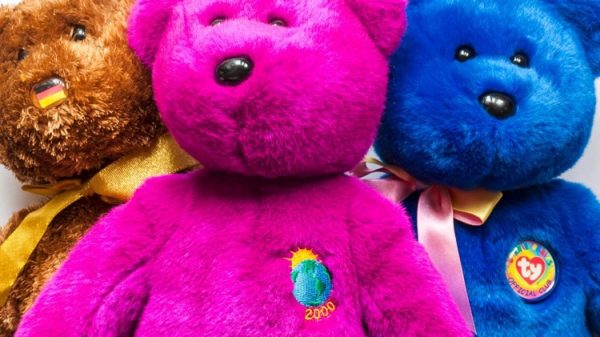