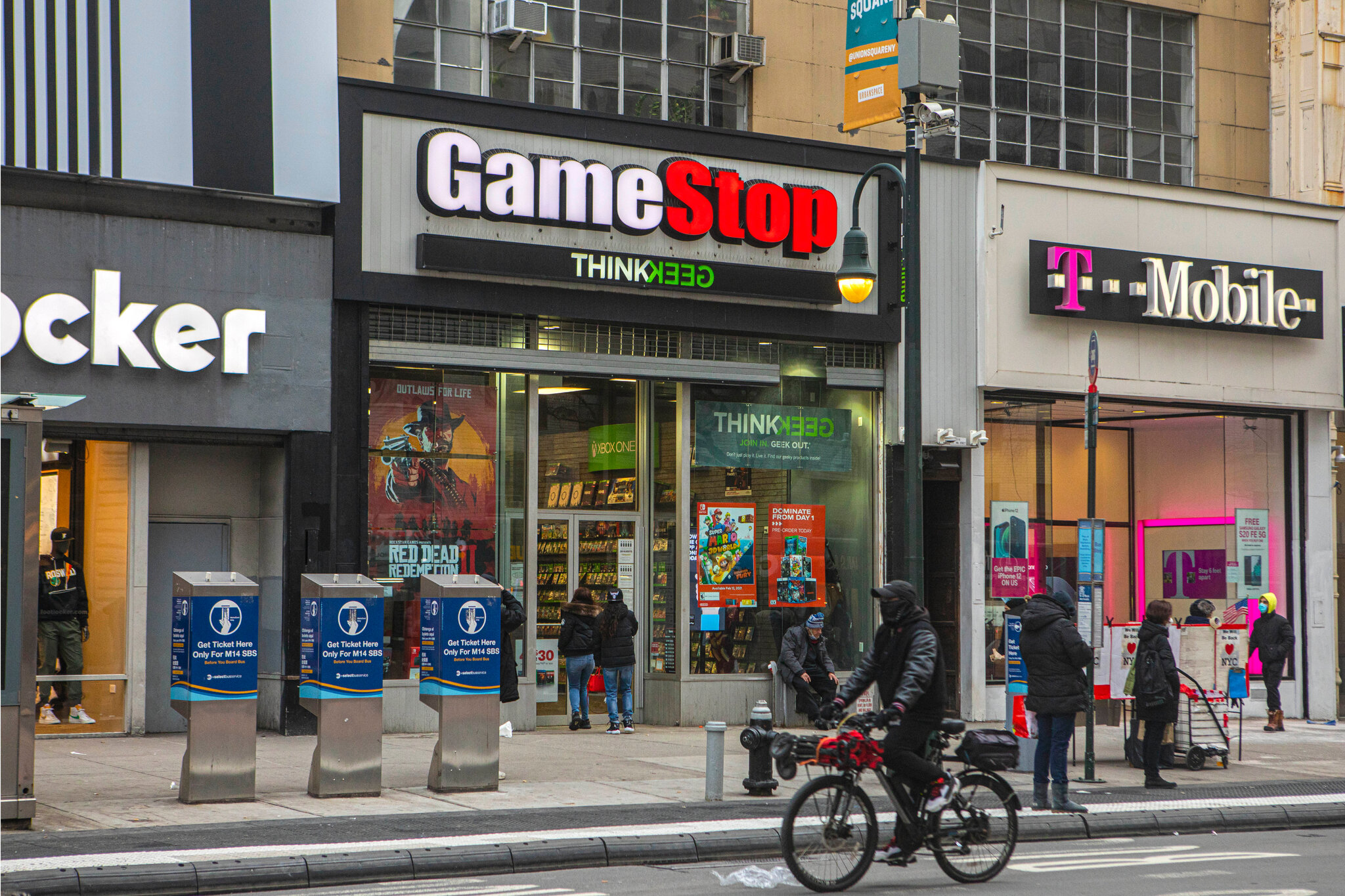 OK, unless you’ve been hiding under a rock for the past month, you’ve no doubt heard about the great GameStop Stock Debacle, often referred to as Gamestonks. The gamer geeks everyone made fun of suddenly had money to burn! Now who’s laughing? How did this happen? Could it happen again? What’s happening now? Have I asked nearly enough questions?

It really started years ago. GameStop stubbornly refused to fully embrace the internet, even though they had a product that would sell far better on the internet than in brick and mortar stores. Their response to falling sales was to have specials that were only available in store. Silly GameStop! Gamers don’t like going outside. A series of bad decisions and a pandemic caused GameStop to lose business and for their stocks to decline.

And Then What Happened?

This led to the pros doing a little short selling. Shares of the stock were borrowed, sold and bought back. It’s quite the opposite of the “Buy low, sell high” you were taught about by Schoolhouse Rock. Basically, it’s betting that the horse with the broken leg is going to lose the race. It’s still fairly risky. Who knows? The horse may have been faking a limp.

Robinhood is a financial services company that did the smart thing and got an easy-to-use app while appealing to young users. No brokers, no commissions, no fees. Just buyers and sellers and animated confetti. A few clever gamers with access to Robinhood and some info on how to do short selling realized they could make money hand over fist. When this started happening, Robinhood quickly restricted sales of GameStop Stock citing “market volatility”. According to Robinhood CEO Vlad Tenev “We had no choice in this case,” he said. “We had to conform to our regulatory capital requirements.” As of now, no more than 500 shares of GameStop can be bought at one time.

As of this writing, GameStop is down by 6.43% It is not expected to go up soon, fickle as these things can be. It experienced a surge this week, but don’t expect it to happen again. The company just didn’t get on the ball when they should’ve and now they’re suffering for it. It really looks like investors are wagering on either higher prices or higher volatility, or quite possibly, both.

How Can I Get In On This?

Of course, you’re asking that! As said before, this is a risky strategy but one that could really pay off. However, if you are pretty sure that the stock is likely to dip in the short term, it could be a risk worth taking. Said traders may borrow shares from a stock they think is going to drop and sell them at market value. When the stocks go down, the investor buys them back and returns them, netting a profit. As it can also mean a big loss (sometimes the horsie just needs to get his second wind) this should only be attempted by sophisticated investors and advanced traders.

Anna received her Masters degree in Journalism from the University of Maryland. Her writing focuses on financial journals, life in finance, and general lifestyle pieces. Anna has been published in various lifestyle magazines. She spends her free time in the stock market and furthering her knowledge about the financial industry.